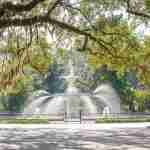 So what are three things you need to know about surveillance? Hello. My name is Ty Wilson, Georgia workers compensation attorney practicing law in the state of Georgia. And what we're talking about today is surveillance or the insurance company hiring an investigator to follow you if you've been injured on the job. And we're talking from the state of Georgia perspective. We see this from time to time, and I guess the most important thing now is that:

One. In all cases, they're not necessarily just going to hire investigator can be very expensive. And so if they're not paying you income benefits and especially if they're not paying you income benefits or medical benefits, and they denied your claim entirely, there's a pretty good chance they're not going to waste their money hiring an investigator to follow you unless you're claiming some pretty outlandish stuff. However, if you are receiving medical benefits, well, there's a possibility that they'll hire an investigator. It just depends upon how serious the injury is in the nature of the injury.

If you're receiving income benefits, I would say you're always a target to be followed by an investigator. They have to hire a private investigator and they'll follow you. And usually the times when they're looking for you and following you is when you're out in public. But keep in mind that workers compensation claim. There are certain things are situations where the insurance company knows where you will be, such as if you're in litigation on your workers compensation claim, then they're going to know that you've got to go to that deposition. They'll have an investigator waiting for you outside your Attorney's office, just waiting for you to hop into your car and follow you from there.

What are they trying to do when they follow you? Are they trying to intimidate you? Well, not necessarily. What they're hoping you'll do is they're hoping that you'll do something that the doctor says you shouldn't be doing or you can't do. And they're hoping to catch you doing those things, whether it's limited walking, driving, no lifting more than 15 lbs. I want to catch you at the Home Depot lifting a 50 pound bag of something. That's what they want to catch you doing, because what they do and how they use these videos and the investigative reports is they will go to your authorized treating physician or your main doctor and your workers compensation claim, and they'll say, hey, Doc, we know that you said this person couldn't return to work. But we wanted to show you this video and see if you still believe they can't do these different things.

And a lot of times the doctor will feel insulted, let down like you lied to them about how you were hurt and they become resentful. And obviously you're not there to explain the situation. They do this all behind the scenes, and they're allowed to, unfortunately, and the doctor will release you then full duty, not even seeing you. And I get a lot of calls. Well, the doctor didn't even see me, and he's all of a sudden release me full duty. So the first thing I'm always looking at is, is there a video? Do you know if there's a video? Did the adjuster talk to you about a video, or did someone else talk to you about them having a video? Because typically, that's how something changes on a dime. They catch you doing something that you're not supposed to be doing. They're going to try to shut your benefits down.